At 13:06 local time most seats in the arena of Denmark Open, Odense Idrætshal, were taken; Danish start Viktor Axelsen – a.k.a. Super Viktor – went on court to play semifinal against Chen Long. They met five times before and the Chinese world champion has a 5-0 lead from those matches.

Viktor, however, hasn’t been without chances earlier. They played three sets twice and in their last match at the World Championships in Jakarta this year, Chen Long won by 21-18 30-29.

Full speed from first point
The Dane began the match loaded with self-confidence. With the play he had shown the previous two days, he had no reason not to believe in himself – he basically wiped out his last two opponents, Son Wan Ho and Lin Dan.

Chen Long, who’s got his arm wrapped up, might also have gone on court with slightly more respect for Viktor after the Dane’s great win against Lin Dan yesterday. At least Viktor denied him to take control of the game and the two played at a very high speed following each other up to 7-7.

With a tricky shot at the net, which completely sent Chen Long in the wrong direction, Viktor came first to 11. He rapidly built up a six points lead, and from there he closed first set with 21-15, something the spectators like very much.

Exciting second set
Second set began with a bit of the same style as first set. The two players closer in the beginning than in first set, and despite few mistakes the Dane still seemed fairly much in control.

Control was taken over by Chen Long at the end of the set though. Five points in a row to Viktor Axelsen were succeeded by just as many for Chen Long who after a few nice rallies closed the set with a 21-17 win.

Chen Long took control
Kenneth Jonassen, who was coaching the Dane, told Viktor to play a bit more patiently and this seemed to have a quite good effect in the beginning of third set. Another tricky shot from Viktor gave him an 8-5 lead in a situation where Chen Long didn’t manage to react at all.

A successful challenge and a destroyed string from Chen Long kept the Dane ahead in the game, and a Chinese smash going out gave him an 11-8 lead before changing sides.

Chen Long, however, wasn’t beaten – instead he actually took over all control with the match. he won 11 straight points before Viktor Axelsen came back again, but the Dane couldn’t prevent the Chinese world champion from taking the victory by 21-16.

Big compliment to Viktor though for playing such a great match. Once again he put pressure on the world number one, and it’s only a matter of time until he will beat Chen Long. 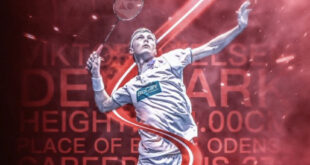 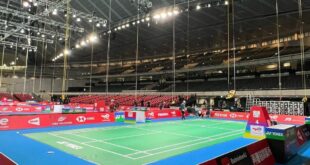 Who is going to win the World Championship in Mens Single? Not medal,….WIN! 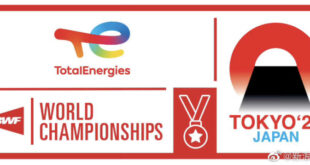 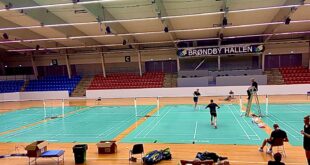 Badminton i verdensklasse i Brøndby Hallen!