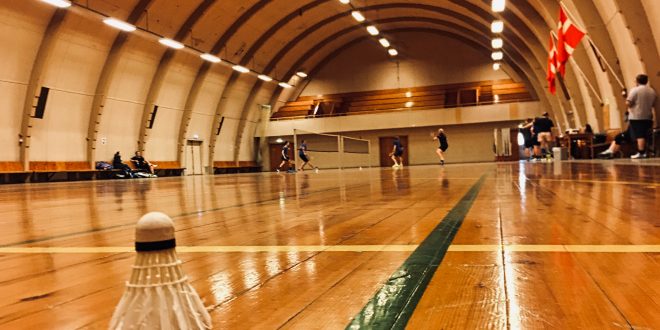 Some of them you greet only politely, and perhaps you barely know how you are related to them and what they are called.

Others you like to sit next to and pick up on the time that has passed since.  Some people you do not necessarily need to “spend” that much time with as you might see them again tomorrow or next week, but you still do anyway. We often seek the ones we are close to, and with whom the confidence, confidence, security and knowledge is deeply grounded.

At the double teammatch (both our teams play at the same time) yesterday against Hvidovre and Næstved in the big hall, the big family met again. The badminton family from Vordingborg and the surrounding area.  From Næstved in the north, Stege on Møn in the east and Nykøbing Falster in the south (grap a real map of paper or google map).

Unlike the blood-related family, we meet somewhat more often in the badminton family.  In fact, every time there is a double home match. About 4-6 times a year. Only a few real families can match that.  At least not mine! And I also see the core of the badminton family 1-2 times every week, at training, almost all year long. Also during summer (in fact I prefer badminton in 25-30 degrees)

As with the real or lets say traditional family events, we have our rituals, routines, traditions, procedures, protocols, rules etc associated with team matches in Vordingborg Badminton Klub.

Some are written down. Others, and most of them, are orally and in practice handed down and taken over, and reproduced each time, so new family members (players and spectators) and younger generations hopefully will take over.

Each family has its own rituals. So does every club.

A brief meeting and speech of the main coach at the last training wednesday Night before the team match on saturday. Team lineup from the coach during the week via group messenger.  Team Leader written peptalk via text message 1-2 days before (he usually writes a very long text), and again 15 minutes before the match starts. The second team (VBK2) prepares the hall before the start of the match at 14.00 – counters boards, tables and advertising signs are brought in, the orange box with used shuttles and music systems is brought in from the cold storage room, the floor is run over with a wet cloth, the nets are set up (which often have been taken away because of tennis in the hall until 13.00), Gitte is baking the VBK-cake and arranging the small table sales, other people bring more home baked cake, which we offer for free with coffee, and team leader Allan takes care of team match voucher and settlement.

Five minutes before the start of the match we meet, 10 players (in a teammatch we play 13 matches. Each person is playing two matches) and the team captain, in a small circle, extend our arms so that our hands meet in the center we shout:

“We are old.  We’re gray. We are not beaten. There are also some young people. They are not nearly as heavy.  VBK “

The first team (VBK1) which starts at 3pm, manages the cleanup when both matches are over. Or are supposed to.

In our double home matches, the hall is filled by the four teams and fellow travelers from the outside teams and by our own badminton family. Real family members, friends, acquaintances and “surplus players” of all ages. From little almost newborns to great-grandparents.

As with “real” family events, there are many people I recognize, but whose names I do not know and barely know how with whom they are related. Many I greet, but unfortunately do not have time to talk to. Many I manage to exchange a few words with and relatively few I talk to more in depth. That’s how I am. During team matches I rarely sit down and have difficulty both talking and watching the matches. Others feel differently.

Our hall has a “clear” acoustics and the voices from the benches, and everyone else’s, are easily carried around and onto the court. The soundscape is huge. Like a wall. Phil Spector’s “Wall of Sound”. It is awesome. This is how it has to be. No “hiss hiss tennis atmosphere” here. It’s atmosphere. Could be great to experience at the Denmark Open.

In my younger days (from the age of 17-18, I am 54 now) team matches were associated with partying and alcohol. Long talks after the matches in full or partial nudity in the changing room, often with several beers consumed. With communal eating. Almost always a full day event and up to 24 hours duration.

This is no longer the case every time. Times have changed. Some of us are old and with family – wife and children. And for my part, the fatigue often overpowers me in the evenings.

Saturday’s games resulted in a big win and a dismal defeat. Both teams qualified for the qualifying matches for a higher level, which runs in january to march. 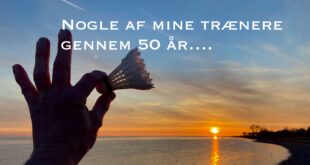 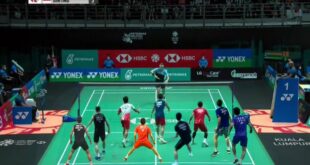 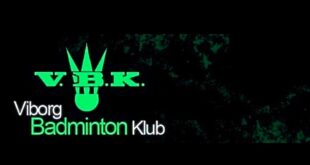 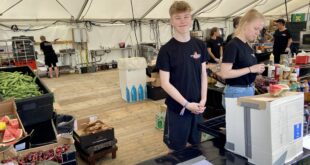