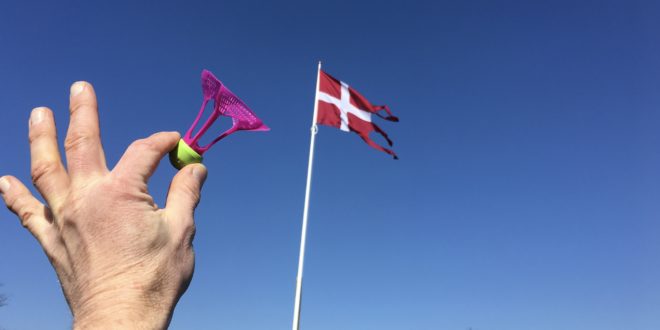 The big day! AirBadminton for the first time!

I wake up at 04.20am. I have so many thoughts that it is impossible to sleep any further. The planning of Day 17 is underway. (Day 0 / Wednesday, March 11, 2020 was the day we stopped playing badminton because of the Virus!)

At 10.00am we meet in a small group, keep our distance and play for the first time with the new AirShuttle.

You can use your normal racket, but preferably with a soft racquet tension, about 8-9 kg (17-20lbs), because the head of the shuttle is quite solid and a tight tension will easily break. We broke two rackets in 60 minutes.

Real matches with net shots and drop shots are not possible. Because of that, BWF also recommends a court where the area in front of the first service line isn’t a part of the game.

The airshuttle flies fast in the air. It’s very much alive. Playing back and forth with it feels fine, but is influenced by the wind. More than we all expected. And then it’s even a quiet day with a faint waving Absalon flag. However, the area is open, high up and flat and perhaps not the most suitable for this game. Two families subsequently brought the two shuttles home for testing under other conditions, for example in their gardens. I will share their experience in an upcoming post.

The shuttle’s flight is pretty nice. However less nuanced and lacking a bit of finesse. But it is an ok experience.

I actually like playing with a plastic shuttle with the residents. And I also like to play with the AirShuttle. It’s like getting back to the roots. Day One of badminton. Getting back to the starting point of the sport. The birth. I imagine. I don’t know. It was a long time ago.

It’s just great to be out and hit a shuttle, with a racquet, and be able to hear the birds in the spring, feel the bumps of the grass, hear the cars, watch the sunlight and feel the wind – which must not be too strong.

Unfortunately, this is often the case in this northern part of Europe, in Denmark, close to the sea. Today, in the game, we have to think of the wind, both coming from the side, the back and the front, and often we strike the shuttle crookedly or completely miss it. It changes a little bit during the hour we play. We are slowly getting used to the differing conditions. But we do not cheer, I must admit. The wind is disturbing more than we all expected.

In Southern Europe, where the wind may be less powerful and the evenings quieter, AirBadminton could easily be a hit.

The AirShuttle is quite hardy and durable. Of course, a normal plastic shuttle lasts longer than the feather one, and our AirShuttle lasts a little longer than a plastic shuttle. As mentioned, we also often hit the shuttle a little crookedly, which may be the reason for it cracking a bit but still being useful. The higher price doesn’t worry me. Of course, the AirShuttle can end up in a tree or a gutter, get lost, but it holds up relatively well, we all experience this Saturday.

The game is, as I said, pretty simple with a “clean” flight path and shuttle movements in the air.

It must be able to capture a wide audience. On the lawn, school yard, beach, parking lot, villa road.

Give it a try. Try the AirShuttle! 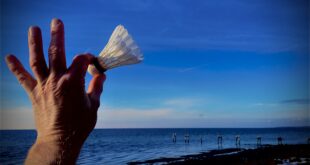 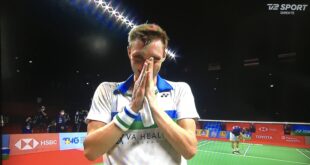 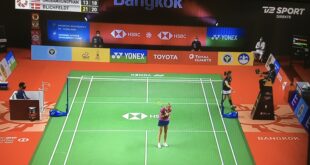 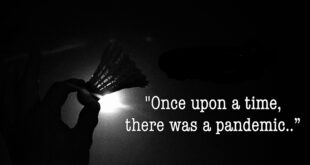