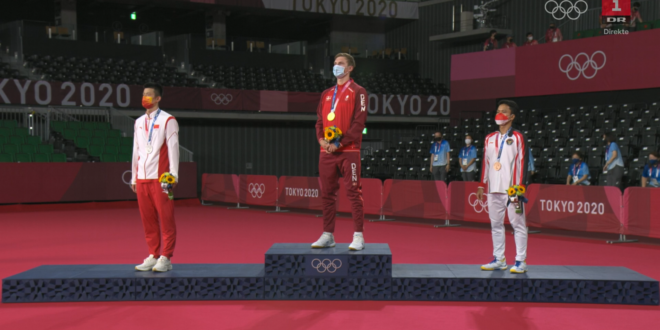 Viktor Axelsen: The Most Impressive of Danish Resumes

If success is about seizing most of the opportunities you get as a player then the 27-year-old is a perfect example of an all-time badminton great.

In terms of tangible success and the sheer variety of results achieved the Odense-born is the most complete player to have emerged from Denmark so far.

The dust seems to have settled down. The initial euphoria is long over. The palpable frenzy has since subsided. Now it is time to soak in the significance of a Danish success story, and revel about its magnitude.

To begin with the success part, Viktor Axelsen is now an Olympic gold medalist. The 27-year-old eased past Chen Long of China in the badminton final to become only the second Dane after (current BWF President) Poul-Erik Høyer Larsen to win the medal that matters most at the quadrennial extravaganza. The difference between the two landmark triumphs is a good 25 years, and these two gold medals happen to be the only ones Denmark has won since the shuttle sport became an Olympic discipline in the 1992 edition in Barcelona. The fact that he had won a bronze at Rio de Janeiro in 2016 also makes Axelsen the first non-Asian to win more than one singles medal at the Olympics.

Now let’s turn our focus to the significance of Axelsen’s success, its magnitude so to speak. For starters, with his effort at Tokyo the Odense-born player’s resume now looks complete. He has won all that matters. More importantly, in terms of sheer variety of titles won Axelsen’s repertoire is arguably the most impressive among all the shuttlers Denmark has ever produced.

It’s imperative to mention that the argument here is not that Axelsen is Denmark’s best ever badminton player. This is something that will remain a topic of discussion for posterity, and is definitely something that will only ensure arguments, no logical conclusion. Our inference pertains to the tangible success achieved over the course of a career.

Denmark has been a badminton powerhouse for over nine decades, and during the period there have been some significant names that have emerged, leaving an indelible mark in the sport.

From the likes of Tage Madsen, Tonny Kristine Ahm and Kirsten Thorndahl in the 1940s to the legendary Erland Kops and Finn Kobberø in the 1950s and 1960s, there were many Danish success stories in the shuttle sport. There is no doubt that each of these successes added significantly to the Danish badminton legacy.

However, back in those days there was arguably one tournament that really mattered, the All England Championships. Multiple successes in the same assured legendary status no doubt, however the fact that the other tournaments weren’t deemed as prestigious, ensured a player’s resume looked more repetitive than complete.

Besides, the Danish players, unlike their Asian counterparts, didn’t have the gold medals from the team competitions to show for their efforts.  Despite reaching the final of the Thomas Cup on three occasions, when the men’s team competition was still in its infancy stage, and twice in the Uber Cup – the women’s equivalent – Denmark had failed to cross the line.

It was only towards the end of the 1960s and in the 1970s that badminton as a sport had choices on offer for the players. The European Championships began in 1968. Badminton appeared as a demonstration sport in the 1972 Olympics in Munich – a precursor to its debut as a medal sport in Spain two decades later– with the legendary Indonesian Rudy Hartono winning the gold medal beating Denmark’s Svend Pri. The World Championships and the Japan Open was added to the schedule in 1977, and the now defunct World Cup in 1979. By the early 1980s prestigious tournaments in Indonesia, China and Singapore had found a place in the badminton schedule, and with the addition of the World Badminton Grand Prix Finals in 1983 elite badminton players were offered various alternatives to enrich their respective resumes.

Evaluating the Danish women in this context and timeframe is pretty much straightforward, as there are only three options to choose from. There is Lene Koppen – the inaugural world champion (1977), two-time All England champion (1979-80) and twice European champion (1978, 1982), and someone who won a plethora of other international titles.

Finally there is Tine Baun, who won a clutch of big ticket tournaments, including three All England titles. Among the three legends Martin, with by far the best resume, clearly emerges as the most successful Danish woman player thus far.

When it comes to evaluating Danish men the options tend to increase. There’s Flemming Delfs, who won the inaugural world championships in 1977, the All England in the same year and three European singles titles between 1976 and 1980.

Then there is the legendary Morten Frost. Besides being a four-time All England winner, twice European champion, World Grand Prix Finals winner in 1984 and a two-time finalist at the World Championships, Frost – nicknamed Mr Badminton – displayed amazing consistency during his peak years and won a gamut of Grand Prix titles.

In the 1990s came Poul-Erik Høyer, who besides winning the gold at Atlanta had successive titles at the All England (1995-96) and was also a three-time European champion.

Peter Rasmussen won the world title in 1997 and the European title in 2000.

Peter Gade had a long and successful career with 22 Grand Prix titles, including the All England and World Grand Prix Finals in 1999. The Aalborg-born was also a five-time European champion in singles, a finalist at the 2001 World Championships and a four-time Olympian.

More recently, Jan Ø. Jorgensen became the first Danish man to win big ticket events in both Indonesia (2014) and China (2016), but injury marred what should otherwise have been a much better career.

Besides, all the men mentioned above helped their country to the Thomas Cup final at some stage.

While Delfs, Høyer-Larsen and Rasmussen were smart enough to take the chances that came their way, it is Frost and Gade who are more famous and can be considered absolute legends, for the impact they have had both on and off the court.

Evaluating the Danish men is a little tough. Is it?  In fact it is easier than one may think.

For all of their achievements the high profile names mentioned above have some regret or the other.

There were occasions when they belied expectations and failed to seize their chances.

There were big finals where they flattered to deceive and ended up disappointing their many fans, and possibly their own self.

There were one or more major titles that these players failed to win. As such their resume remains incomplete.

It is here that Axelsen stands out, rather stands apart.

He is the only Dane who has done it all, won every major thing that badminton has to offer.

In 2010 the Odense-born became the first, and thus far only, European to win the BWF World Junior Championships. The initial promise displayed in Guadalajara, Mexico that year has come to a full circle with the gold medal in Tokyo. In between the 27-year-old has made it sure that he achieved all that mattered in his sport.

From playing a pivotal part in Denmark’s maiden Thomas Cup triumph in 2016 – in what was the country’s ninth final appearance – to becoming the first Dane to win the season-ending BWF World Superseries Finals in successive years (2016-17), from winning the 2017 World Championships to becoming the world’s top ranked player a few weeks later that year, Axelsen was determination and deliverance rolled into one. All these major successes apart he has also won a clutch of European individual and team titles.

The coronavirus pandemic upset the badminton schedule in both 2020 and this year. However, it couldn’t stop Axelsen’s resolve to create new milestones. With BWF deciding to continue with the remainder of the 2020 season early this year, with three tournaments in a bio-secure bubble in Thailand, the Dane was quick to seize the opportunity, winning both the Yonex Thailand Open as well as the Toyota Thailand Open in back-to-back weeks.

The twin wins, coupled with his All England triumph of last year, meant the Dane had become the first player ever to complete a “Super 1000 Slam” – that is winning all the three Super 1000 tournaments, in their current form, in a calendar year. In between those triumphs he had suffered an ankle injury, which needed surgery. In fact injuries and other health issues have impacted his career at various junctures, and that is something that makes his success all the more special.

In the European Championships in Kiev, Axelsen’s last tournament ahead of Tokyo, he tested positive for COVID-19, and was barred from playing in the final against compatriot Anders Antonsen. The disappointment, however, was a minorone as the Olympic triumph that followed was achieved without losing a single game in six matches.

In fact, Axelsen’s statistics in the last two years make for an impressive read.

The 27-year-old has played in the final of the last 11 tournaments (singles or team) that he has participated in, and won the gold medal in eight of those. He has a 52-2 win-loss record in the period.

Before his loss to Antonsen in the BWF World Tour Finals in Bangkok Axelsen was on a 29-match winning streak – having not lost since Anthony Sinisuka Ginting beat him in the semi-finals of the 2020 Indonesia Masters Super 500 tournament. During the course of that impressive run he bettered arch rival Kento Momota’s 28 match winning streak – achieved between the Japan Open and the French Open in the 2019 season.

When compared to other players the 27-year-old isn’t the fittest of them all, as his many injuries and other health issues indicate. Neither is he the most mentally strong player – an aspect perfectly explained by his failure to get the better of his nemesis Momota despite getting so many chances. Nor is he a player you can blindly bet on, a fact ascertained by the result of this year’s All England final loss to a relatively lesser known Lee Zii Jia.

That said if success is about seizing the opportunities you get as a player then Axelsen is a perfect example of an all-time great.

The Dane has managed to make it count when it matters more often than not, and his complete set of gold medals from all the major tournaments is ample testimony to that. In terms of sheer variety of success Axelsen is in the same podium as Hartono or the Chinese duo of Lin Dan and Chen Long. This quartet has won all the major titles badminton has to offer.

In the final analysis the best ever men’s singles player from Denmark will forever be a topic of debates and discussions. There will always be arguments and counterarguments as regards the overall impact players have had on Danish badminton.

However, when it is about the sheer variety of titles won, and tangible success achieved by a Dane, any discussion will henceforth have only one conclusion.

Axelsen is the one who has delivered on all counts. 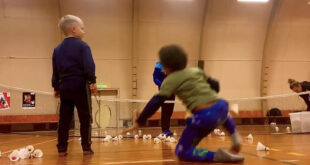 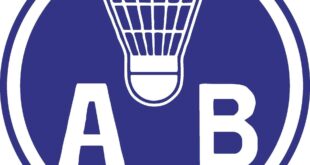